NEW YORK CITY—For people who literally love to be in the thick of things, Times Square is adding another tourist attraction. International entertainment operator Parques Reunidos plans to open an entertainment center where visitors will be able to live out the scenes when the plot thickens at some of Lionsgate’s most popular and top-grossing films. Fans wanting literally more drama in their lives will be able to join The Hunger Games, and in person add to the trilogy in the dystopian Chicago of Divergent. 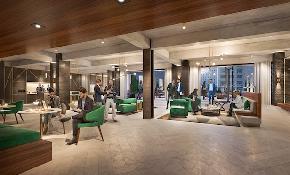