RLJ Lodging Trust has expanded its relationship with Interstate Hotels and Resorts regarding White Lodging’s sale of management contracts to Interstate. WASHINGTON, DC–By 2022, the Washington area’s network of Toll Roads and Express Lanes will reach every submarket in Northern Virginia, according to a study by JLL. Some examples of new construction: Last week the I-66 Inside the Beltway rush-hour Express Lanes opened. Construction began on November 20th on the I-66 Outside the Beltway project, which will add two Express Lanes in each direction for 22.5 miles. Work is also underway on adding Express Lanes along I-395 up to the DC line by 2019. Once these projects are complete, they will have an impact on nearby office vacancies, if history is any guide.

WASHINGTON, DC–Martin’s View Apartments, located at 205 Elmira St. SW, has traded for $15.5 million. Sanford Capital is the seller and Stoladi Properties is the new owner of the 156-unit property. 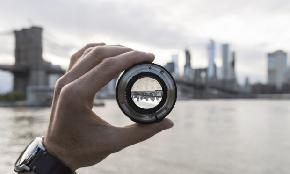