SAN ANTONIO-Luby's, a 220-cafeteria restaurant chain, has a new benefactor in Pappas Restaurants. The Pappas owners have secured 1.3 million Luby's shares in the wake of this week's reporting of a $2 million loss for its first fiscal quarter.

Harris and Christopher Pappas, owners of Pappas Restaurants in Houston now control 5.99% stake in Luby’s, which this week had posted a net loss of $2 million or .09 cents per share for its first quarter of fiscal 2001. For the same period in fiscal year 2000, the company had reported net income of $6.2 million or .28 cents per share.

First quarter 2001 sales had totaled $114 million in comparison to $123 million for first quarter 2000. Sales generated by 11 new restaurant openings in 2000 have been offset by 15 restaurant closings in 2000. Luby’s operates more than 220 cafeteria restaurants in 10 states, about three quarters of which are in Texas. 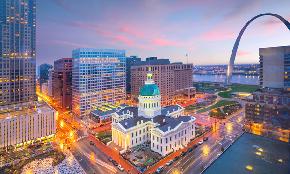 The asset class' strong fundamentals are attracting a new wave of buyers.