PLANTATION, FL-Instead of doing its own inhouse leasing, the Tampa, FL-based office developer is going with C&W to fill the newly constructed Royal Palm at Southpointe office park in this Broward County community 24 miles north of Miami.

PLANTATION, FL-Hogan Group Inc. is departing from the norm by signing Cushman & Wakefield of Florida Inc. as the exclusive marketing and leasing agent for 260,000-sf of newly constructed class A office space in this suburban Broward County community, 24 miles north of Downtown Miami.

The Tampa-based developer opened the Royal Palm at Southpointe earlier this year, constructing a nine-story office building, a one-story office-amenity building and a four-story parking garage on an 18-acre development site at the northeast corner of South Pine Island Road just north of Interstate 595.

Although the building is leasing at a predictable pace, Cotter Christian, Hogan Group regional vice president, tells GlobeSt.com that company officials opted to expand a marketing and leasing relationship they established with Cushman & Wakefield earlier this year on a Hogan-owned property in Atlanta.

“On the leasing side, Hogan historically has handled leasing in house,” Christian says. “This is somewhat of a departure from the norm, but I wouldn’t say it’s part of a trend. We look at what’s best for each of our operations, and then try to maximize the success of each asset.”

To ensure the project’s success, Cushman & Wakefield has assigned a team of brokers to the project. Jim Cahlin, a senior director, is leading the team that includes Jacqueline Blake, an associate, and Chris Constant, an associate director.

The building occupies space in a submarket with a vacancy rate that Cushman & Wakefield researchers estimated at about 17.3% as of the second quarter ended June 30.

Besides the challenge of overcoming a relatively high vacancy rate, the developer also is working to regain momentum from unavoidable project delays.

“We initially delayed completing and opening the building,” Christian says. “As we stand today, we are about three months behind where we planned to be. Given the overall economic conditions, we don’t really see that as a serious issue.” 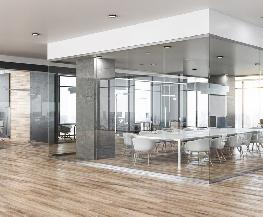