NEW YORK CITY-When is the Fed toughest on commercial real estate? When it comes to environmental issues. That is the consensus of more than half–52%–of respondents to GlobeSt.com’s latest Quick Survey.

After years of hearing from real estate experts how the Fed puts the squeeze on the industry in down times, we decided to put the theory to the test and surveyed visitors to the site on the question. Interestingly, the jury was split on whether or not Capitol Hill was tougher on CRE than on other industries, with 50% voting yes and 50% voting no.

But that’s not to say that the Fed has been any “kinder” to real estate players during the current downturn. While 74% say the government has not cut the industry any breaks, only 26% see a gentler attitude toward real estate.

Respondents, invited to expound on their votes, seem to think that DC just doesn’t get it. As one writer explains: “I don’t think government, whether Federal, state, or local, understands the economic impact of its land use legislation. This may be because few elected officials come from business backgrounds.”

Another contributor says it comes down to a matter of need. “If the Federal government needs to start borrowing money again,” he says, “it will not help the real estate industry. This tax cut is already a fiasco.”While environmental issues were the top sore point in real estate’s relationship with Big Government, taxation came in second with 42% of the vote. Interstate property ownership and telecom provider access each garnered 3% of the vote.

“Capital gains and depreciation-recapture are excessive,” writes one respondent. “Environmental limitations are also excessive, on all levels of government.”

“Double taxation is what keeps the lid on many transactions, by taxing the gain and then taxing the income,” writes another participant.

“Often, 100% of a hotel’s value is taxed as real estate when in fact there is a large component of that value that is not real estate, but business value,” adds another respondent.

Much of the problem, say our respondents, is that the industry is too fragmented to mount a unified campaign. “At least the news media usually report if there is lobbying–without it we are invisible,” says one surveyed executive.

“The industry is too fragmented to develop a cohesive voice on all but the most onerous issues,” says one writer. “Many of the commercial real estate groups (NAIOP, NAREIT, NAR, and so on) have divergent agendas.”

But most of our surveyed visitors disagree with this writer’s view on lobbying groups. Some 67% of those polled saw lobbying as helpful, while 27% said it was a waste of time. Some 6% think its harmful.

Much of the problem arises not at the Federal but at the state and local levels, as our respondents tell us. “The ‘private’ part of private property has been lost as more levels of government seek to put the burden of open space, recreation, preservation and the like on the hapless property owner whose misfortune it is to be in the line of vision of bureaucrats,” says one poll-taker.

Another respondent agrees: “The problem is the local [Austin] city government. They have imposed so many rules and red tape that it is difficult to develop any real estate project. It can take up to two years to get a development approved.”

Given the length of time it takes national–or even state–policy to turn around, solutions to the problem of Big Brother watching over real estate are not forthcoming. But if the climate is ever going to change, says one participant, it has to entail government recognition of real estate as big business.

“Real estate law should be drafted on a national level rather than on the state level,” he comments. This will “foster interstate competition, simplify the code and cut down on unnecessary fees to practitioners who need multiple licenses.” Until then, whether it be on a national, state, or local level, our survey participants tell us that government will continue to nip at the heels of commercial real estate. 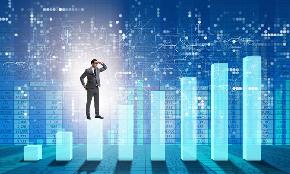 With Investors Flocking to Certain Assets, What is the Next Value Play for CRE?

When everyone is buying the hot properties, making outsized profits gets harder.