DENVER-Bankrupt ICG Communications gets permission to sell its former headquarters in Douglas County for $3.7 million. Thanks to a rising real estate market, it will make an undisclosed profit on the sale.

DENVER-ICG Communications, the local telecom giant that filed for bankruptcy reorganization last November, has asked the court for permission it to sell its former headquarters in Douglas County for $3.7 million. ICG, which lost $2.5 billion last year, hopes to sell the 30,000-sf building to the engineering giant CH2M Hill Inc.

The deal is expected to close in October and ICG will make a profit on the sale, says ICG spokeswoman Susan Koehler, although she declined to say how much.

“As you know the real estate market has risen dramatically in the past few years,” Koehler tells GlobeSt.com.

“We had about 250 employees there in that time,” Koehler adds. “We had human resources and our network operations center there. Obviously, in the past year we’ve had a major consolidation and cost reductions and we had only been using it for miscellaneous purposes. All of our employees had moved into our new headquarters at Interstate 25 and Dry Creek Road.”

“iStar is some kind of affiliate of Marriott,” Koehler says. “We signed a long-term lease with iStar and now are the lead tenant in the building.”

The building cost about $43 million, but that would have included an adjacent 1,400-space parking garage.

“When we filed for Chapter 11, we stopped construction on the garage,” Koehler says. “iStar is completing the garage. It’s a big project. We anticipate it will be finished this winter. 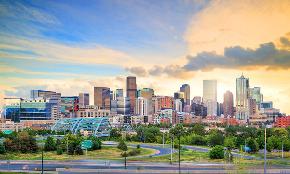