NEW YORK CITY-Governor George Pataki and lame-duck Mayor Rudy Giuliani announce a powerful corporation that will oversee the funding and development of Lower Manhattan. The plan is already taking hits from city and state officials who are labeling it as a partisan hedge against the possibility of a Democrat moving into Gracie Mansion and taking the reins of redevelopment into his own hands.

NEW YORK CITY-In what a number of city officials have called an 11th-hour power grab backed by the Republican party, Governor George Pataki and Mayor Rudy Giuliani on Friday jointly announced the formation of the Lower Manhattan Redevelopment Corporation, a jointly run city-state oversight committee that will function as a separate development arm of the Empire State Development Corporation.

What’s irking many Democrats is the corporation’s governing board, which will be composed of six members appointed by the Governor and only three mayoral appointees. In addition, Giuliani is reportedly considering a role on the board, possibly even serving as chairman. Mayoral candidates Michael Bloomberg and Mark Green also say they oppose the plan. Green reportedly wants an even split between city and state board appointments. Bloomberg hasn’t yet elaborated on his stance.

The often-scrapping Mayor and Governor announced the powerful new agency Friday during a press conference held at Pataki’s Manhattan headquarters. “We continue to help families cope with the deaths of their loved ones and move forward with our plans for the comeback of Lower Manhattan,” Pataki said. “This corporation will bring leaders from all walks of life together to ensure we have broad consensus on the most appropriate plans for lower Manhattan, from the creation of the proper memorial to the rebuilding of vital office space.”

“The creation of the Lower Manhattan Redevelopment Corporation will provide the kind of broad-based coalition required for the speedy redevelopment of Lower Manhattan,” said Giuliani. “This initiative will be the spark for developing a comprehensive rebuilding plan by those who know the issue best–acknowledged leaders from private corporate and public sectors.”

Though few details of the corporation’s agenda have been forthcoming, it appears to be modeled on the redevelopment corporation that oversaw the Times Square renaissance. The agency will have condemnation authority and will be funded with federal dollars earmarked for Downtown redevelopment. But its role in determining the fate of the World Trade Center site, which is privately owned, remains unclear.

Board members will serve three-year terms, with the exception of the first batch of mayoral appointees, who will serve one-year terms, giving the city’s new mayor an opportunity to make changes early on. The ESDC will meet this week to create the corporation and the board will be chosen shortly after today’s election, presumably given the new mayor-elect a chance to work with Giuliani on its composition.

In addition to the nine-member board, an advisory council will be established to seek input from business owners and community groups. The council will make periodic reports to the board. But even the promise of broad-based coalition building has not been enough to quell mounting criticism of announcing such a grandiose plan the weekend before a mayoral election.

Among the critics is Assembly Speaker Sheldon Silver (D-Manhattan) who, in a published report, said the agency is a “clearly partisan” body created because the Republican party is “worried about Mark Green being elected mayor and they don’t want him to have any input.” A Giuliani official reportedly stated that if Green is elected today, Giuliani might refuse a role in the new corporation.

Downtown Apartment Construction Gets Hot in the South 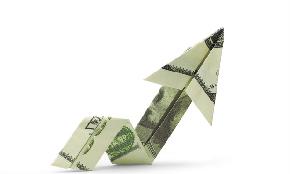