LONDON-Values for smaller hotels in London are holding up well despite the slump in international tourism, according to new research from Chesterton.

LONDON-London’s smaller hotels are shrugging off the slump in the tourist market and the general economic slowdown, according to new research from Chesterton. Property values in the central London independent hotel sector remained buoyant and prices achieved so far this year have showed no decline on the previous twelve months.

Of the 700 private hotels in London, 18 have changed hands so far this year, compared with 23 in 2000. The market has been strongest in the Bayswater,W2, district where hotels have been selling for an average of 27% higher than in 2000. 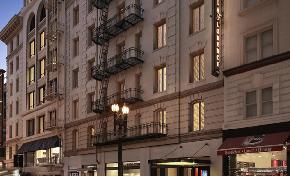 AWH Partners and The Roxborough Group purchased the property with plans to fully reposition the asset.