ORLANDO-The former district agency manager in the Melbourne office of Stewart Title Co. will manage Fidelity's East Central Florida Agency Service Center in Merritt Island. She has participated in commercial and residential real estate closings for the past 21 years.

At Fidelity, Slomins will be responsible for building a customer base among the major law firms, real estate attorneys and corporate title companies operating on the Space Coast. Slomins lives in Melbourne.

Slomins was district agency manager at Stewart Title’s Melbourne office. The Stewart office is only a few miles from Fidelity’s Merritt Island operations at 1450 N. Courtenay Parkway. She previously worked at the Jon C. Hall law firm and at Chicago Title, a Fidelity National Title affiliate acquired several years ago.

In the second quarter, there was 248,000 square feet of positive absorption, pushing the vacancy rate down 10 basis points. 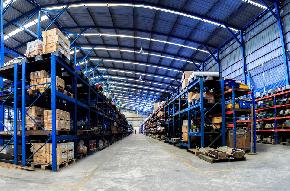