I don't know if consolidation is good or bad. It's inevitable.

The rubber meets the road this week as Los Angeles-based CB Richard Ellis and Trammell Crow of Dallas formally begin to function as one entity. The marriage was formalized on Dec. 18, when Trammell shareholders voted to accept the $2.2-billion merger. The deal, as GlobeSt.com reported when it broke the story, propels the already massive CBRE into the stratosphere, and the numbers prove the point. Combined 2006 revenues equal $4.4 billion and some 21,000 employees are now shouldering the workload. Furthermore, not only will the combined firm’s clientele represent some 85% of the Fortune 100, but the size of the combined operation will qualify CBRE itself to list among the Fortune 500. Just prior to the vote, CBRE president and CEO Brett White sat down with GlobeSt.com for an exclusive interview covering what he promises to be the last major acquisition the firm will make for a good while.

GlobeSt.com: Before we get into the specifics of the acquisition, let’s talk about the merger trend in general. What will be the impact on the industry?

White: The business is beginning to bifurcate into a handful of truly global players and a large number of boutiques–firms operating in a single market space, be it product line or geography. We have felt for years that those firms in the middle are the ones most at risk. It’s hard to be kind of global. It’s hard to provide most of the services a client needs. It forces clients to look outside your firm for services or global capability. In 10 years the firms in the middle will be all but gone and you will be left with just two groupings.

Those middle firms are stuck, and the challenge for them will be getting bigger opportunities, but that drawbridge has just about rolled up. CB Richard Ellis, for all intents and purposes, is done with large acquisitions for a while, and today no other service firm in our business has made any other large acquisition.

GlobeSt.com: Rumors of Trammell and you have been kicking around for years. When did talks start in earnest?

White: For whatever reason, this industry spends a little more time than it ought in the rumor area. Ninety-nine percent are completely false.

GlobeSt.com: Except this one was true.

White: There were actually times when the rumor was being floated and it wasn’t true. Talks began in earnest about a year ago.

GlobeSt.com: Let’s turn to CBRE’s overall merger strategy. Can you provide some history for context?

White: Since the early 1990s we have believed that there is an opportunity to create a company that is unique in its breadth of services and geographic scope. It was a mission set for us in 1991 by then-CEO Jim Didion, and everyone who has run the company since has taken that mission to heart. The acquisition of Insignia Financial in 2003 was all about this overall strategy, and it allowed us to become the pre-eminent player in a number of US markets. Outside of the US, in London and Paris, the Insignia deal vaulted us from the top three to a clear number one.

White: Trammell is the final piece of this strategy. We realized that, in terms of corporate outsourcing, there were three firms that did this well–Jones Lang LaSalle, Trammell and CBRE–and Trammell Crow was a perfect fit. It allowed us, like Insignia, to augment our service offering in areas where it needed augmentation. And in those areas where we have traditional strength the Trammell Crow folks would tell you they need augmentation.

GlobeSt.com: How are you dealing with areas of overlap?

White: Just as in the Insignia transaction, there aren’t huge amounts of redundancy. Part of the strategy behind picking an M&A partner is finding a company where there isn’t significant overlap. There is some administrative and management overlap and we’re getting through that at the moment.GlobeSt.com: How many people are likely to lose their jobs?

GlobeSt.com: Other than potential layoffs, what are the biggest challenges?

GlobeSt.com: So now it’s running as you would want?

White: In January there will be certainty within both organizations around all the integration issues. Implementation, such as working in those cities where we have duplicate facilities, will not be completed in every instance. But in terms of who is running what and who someone will sit next to, it will all be very clear by then. Even now, the service teams for all of the major customers have been ironed out. There won’t be a customer calling to ask who the account rep is.

White: I can’t comment on 2007, but I can say this, excluding one-time deal costs, in the 2006 pro forma, this transaction will be accretive in the low teens, and we have said that you ought to expect our earnings growth to be in the mid teens. That’s as much as I am prepared to say.

GlobeSt.com: Does debt become a competitor’s talking point, as it did after the Insignia deal?

White: If that’s the best they’ve got, I hope so. Our balance sheet and our share of the customer market are two metrics that speak for themselves. Smart companies use the capital markets and their balance sheets strategically, and debt is a very important component of that. We have used it adroitly to grow our business, and prior to the close of this deal, we will come very close to a net debt balance of zero.

Also, while the absolute amount of debt may seem high in relation to other firms in our business, we don’t look like any other firm in our business. Our market capitalization is many times greater. So the amount of debt we’ll have on the balance sheet post-close as a ratio of Ebitda is actually quite low, and it will be managed and retired in a fashion similar to prior debt.

GlobeSt.com: Let’s go back to generalities. Someone said recently that everyone is talking to everyone. Is it true?

White: Whenever anyone ever called about a rumored merger, from 1997 to this moment, we have said that we are talking to everybody all the time. We were initiating conversations simply to understand where each company sat in terms of their strategic options. We did that to build this company to where we wanted it to be, and the merger with Insignia and the merger with Trammell Crow were the direct result of those conversations. So when these companies made their decisions they already knew us. In retrospect it was a good use of our time.

GlobeSt.com: The latest ownership move is Cushman & Wakefield shedding its Japanese management for Italian. The theory is that it will free up capital to buy and grow. What do you think?

White: I have no opinion on the relative merits of Japanese or Italian ownership. But if the new owners have an eye toward investing in this business, it’s terrific news for Cushman, although I think they’ve done great things to date.

GlobeSt.com: We did a recent poll in which we asked if so-called mega mergers were good or bad for the industry. Most said they were bad. How do you respond?

White: I don’t know if consolidation is good or bad for the industry, but it’s inevitable. It’s an immovable force, as it is in any mature services industry. Clients need a level and breadth of service that is difficult to provide. The creation of companies with that scale is one way to provide those services. And it’s the client that drives it. 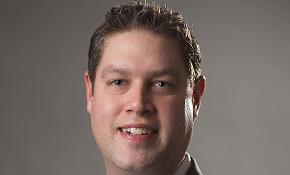 In this exclusive Q&A on the subject, Brad Moulder, a senior director at Stan Johnson Co. talks about convenience in the time of COVID-19. 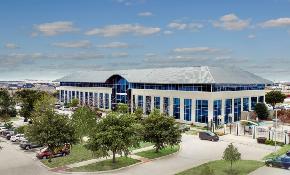 Accesso has signed a lease with Michaels to occupy 123,740 square feet of space at Royal Ridge III, the property’s sole tenant, in the Las Colinas submarket.