Have the Pod People Eaten All the Developers?

Apartment development has slowed down significantly over the past several quarters. That restraint on the part of developers makes sense, given current market conditions. But now, it's perhaps gotten to a point where some in the industry are wondering how much lower things can go. The latest government...

Apartment development has slowed down significantly over the past several quarters. That restraint on the part of developers makes sense, given current market conditions. But now, it’s perhaps gotten to a point where some in the industry are wondering how much lower things can go.The latest government data show that in October, there were just 240,000 apartment units under construction and 200,000 units were added to the market. But the kicker is in the construction starts numbers: starts for projects with five or more units fell over 33% to 48,000, seasonally adjusted.In case you were wondering, yes, that is the lowest figure since the government started tracking this information in 1963.It may not seem like that big of a deal as it stands, but when put into context, the decline in production probably has many in the industry scratching their heads in confusion.Take some points brought up by Paul Emrath, assistant vice president of housing policy research for the National Association of Home Builders, in a recent brief from the organization: 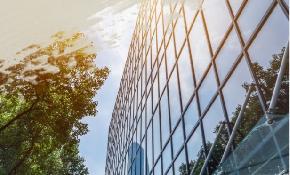 The strong office market continued at the start of 2020 as vacancy moved down slightly, from 20.1 to 19.7%, driven by solid first quarter absorption of almost 1.2 million square feet, according to the latest office report by JLL. 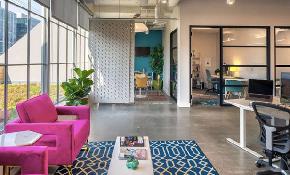 The open work area, which was designed before the novel coronavirus, is flexible to allow a variety of work stations, perhaps now requiring taller work station dividers, or desk areas spaced more than six feet apart.

Colliers used Ten-X and its own proprietary investor database to market the property, resulting in 10 qualified, active bidders and the execution of 135 confidentiality agreements.