ORANGE COUNTY, CA-In an UPDATE to an earlier story, the State Water Board now proposes an industrial general permit to replace the current permit issued in 1997. If adopted, it will impose new compliance requirements on industrial facilities.

ORANGE COUNTY, CA-The California State Water Resources Control Board has recently released its 2013 draft NPDES permit for the discharge of storm water associated with industrial activities. The draft proposes significant changes in the regulation of storm-water discharges from industrial facilities that, if adopted, will vastly increase the number of industries affected and impose new and increased compliance requirements in the state of California, say Allen Matkins attorneys.

As GlobeSt.com reported in May, the MS4 Permit that was approved that month initiated requirements that took place immediately in San Diego, were set to take place in Southern Orange County starting in December 2014 and in Riverside County in November 2015. Kathryn Horning, an attorney with law firm Allen Matkins, told GlobeSt.com at the time that the legislation imposed restrictions on new and existing developments that had never been imposed before then, and owners and developers needed to be aware of how it would impact them. “The requirements that the City is going to have to meet are going to be filled by owners and developers,” said Horning. “The San Diego Regional Water Quality Control Board is focusing on storm-water pollution, and one of the board members has said that storm-water is one of its top three priorities over the next three years, so they’re trying to step up on this.”

The new proposed industrial general permit does not go as far as environmental groups have pushed both administratively and in citizens’ suits. Horning tells GlobeSt.com that the draft proposes “significant changes in the regulation of storm water discharges from industrial sites, including most manufacturing facilities; transportation facilities (including vehicle maintenance shops and equipment cleaning operations); oil and gas facilities and mining operations; hazardous waste treatment, storage or disposal facilities; landfills and open dumps; material recycling facilities; and sewage and wastewater treatment facilities.”

She adds that under the prior permit, last issued in 1997, many manufacturers whose activities were not exposed to storm water were not required to register for coverage. “All that has changed—now, even industrial facilities that were previously exempt must register for coverage under the permit, but may they may attempt to claim a conditional exclusion by annually filing a rigorous “no exposure certification” certifying that there is no exposure of industrial activities and materials to storm water.”

The new permit, if adopted, also increases sampling and monitoring requirements, no longer allows group monitoring, and imposes additional required actions if numeric levels are exceeded for any one parameter, such as total suspended solids, oil and grease, or pH, Horning says. “The State Board will conduct a public hearing on August 21, 2013 to consider adopting the proposed permit.  If adopted, the new provisions will go into effect on January 1, 2015.”

Michael Gregg as director of construction and entitlements to oversee the firm’s extensive construction pipeline. 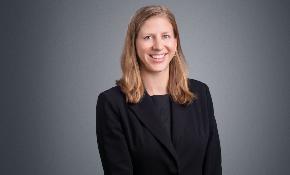 The firm names Ariel Shaeps and Elizabeth Wilgenburg, both based in the Century City office, as its newest partners.