LOS ANGELES—After 10 years in the making, Xceligent and AIR launch the research data system with in-depth information on office, industrial and retail properties in the L.A. basin.

LOS ANGELES—After 10 years in the making, Xceligent and AIR have unveiled CDX 9.0, a market research tool with eight data sets covering most commercial real estate sectors in the L.A. basin. CDX 9.0 is the updated version of CDX 7.0, released in 2003 and mainly used by industrial owners and operators.

“We are excited to see the culmination of all the work that AIR and Xceligent have put into CDX 9.0,” Michael Foxworthy, Xceligent senior director of client services, tells GlobeSt.com. “Together we were able to create a much more robust system, both from a technological perspective, as well as from the depth of data we now provide to the commercial real estate community.”

Starting today CDX 7.0 will reroute to the new system automatically. The system is incredibly thorough with 180,000 office, retail and industrial property site inspections, 30,000 active sale and lease transactions, 12,000 verified sales transactions and tenant and ownership records. The program also includes access to Xceligent’s data on more than 40 markets throughout the country, and the recently launched eXplore iPad app, which allows users to tap all of the program’s functions on the go. “CDX 7.0 was slower and didn’t have all the data sets or the functionality that CDX 9.0 has,” Timothy Hayes, AIR executive director, tells GlobeSt.com. “CDX 7.0 was not widely embraced because of its shortcomings, but this week, we rolled out CDX 9.0 to all of our members, and it has been very well received.  The rollout has been unbelievably smooth. We received very few complaints.”

Like the older version, CDX 9.0 will work through a monthly subscription fee with pay-per-use accessibility option for non-members. “The current membership will get preferred pricing for a number of years. Those who are currently not participating in the system but come on board right away will get a discounted price, slightly higher than the member preferred pricing.”

According to Hayes, roughly 90% of the industrial market currently uses the CDX 7.0 system. Because the new program reaches significantly more property sectors, AIR and Xceligent will be strategically recruiting new members to the site, focusing on the office, multifamily and retail sectors first. “The AIR has been so industrial focused for so many years that currently we don’t have much participation from the office, retail or multifamily brokers. Because CDX 9.0 includes complete information for all property types, we are now in a position to meet with the office, retail and multifamily brokers and get their participation in the system. Depending on how you look at the broker list, there are anywhere from 4,000 to 8,000 new participants that are currently not using the system.”

Although the new version has only been launched recently, Foxworthy notes that it has already been well received, saying, “Adding much needed competition into the marketplace has been overwhelmingly welcomed by virtually everyone in the commercial real estate community. The response from the non-AIR members has been nothing less than amazing.”

Xceligent CEO Doug Curry recently talked about launching in the Los Angeles market at the RealShare in March. During a video interview, he talked about the launch, other markets the company is eyeing and the firm’s 2014 goals.

NAI Executives Report from the Front Lines of the Coronavirus

One received notice from one nationally branded fitness studio “that essentially amounted to a demand – that they would not be paying rent for 12 months, like it or not.”

PREIT to Cut Dividend, Capital Projects and Takes Other Measures to Improve Liquidity 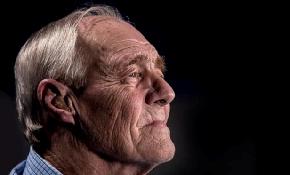 Could Clean Design Protect the Elderly from the Coronavirus?

Senior living communities are making adjustments to programming and activities to keep seniors safe, according to STG Design, but could design of these facilities really make a meaningful difference?