BIRMINGHAM, AL—Xceligent data on Alabama's largest city and the two major population centers of Arkansas show that the Texas energy and tech powerhouses aren't the only Southwest markets to have rebounded from the downturn.

BIRMINGHAM, AL—While the energy and tech powerhouses of Texas may be garnering the lion’s share of attention, by no means are they the only Southwestern success stories of the commercial real estate recovery. Alabama’s largest city and the two major population centers of the Lone Star State’s neighbor to the east provide cases in point, with second-quarter reports from Xceligent showing metrics that compare favorably to national averages.

Birmingham’s office market, for instance, ended Q2 with a direct vacancy rate of 13.5%, an improvement of 80 basis points from the end of Q1 and a favorable comparison to the 15.8% nationwide average cited by the National Association of Realtors. The numbers look even better if class C product is taken out of the equation, since Xceligent data show that the class ended the quarter with a direct vacancy rate of 72%, for its 535,754 square feet of inventory compared to just 9.3% for class A’s inventory of 13.3 million square feet.

That being said, Birmingham’s CBD saw its vacancy rate tick up 60 bps to 15.2% during Q2, according to Xceligent. This was due mainly to the shutdown of Haskell Slaughter’s Birmingham operations and PricewaterhouseCoopers’ relocation to Colonial Brookwood Center, for a combined loss of nearly 55,000 square feet in the district.

For Birmingham’s 33.1 million square feet of retail space, Q2 was a time of slight gains. Vacancy ticked downward 10 bps to 9.6%, and rental rates ticked upward an average of eight cents during Q2 to $13.94. Here again, direct vacancy rate is lower than the national average of 10.2%, according to NAR.

The metro area’s industrial forecast is more mixed. The market has experienced two consecutive quarters of positive absorption and decreasing vacancies, led by bulk warehouses, Xceligent says. However, at 21.6% it’s considerably higher than the national average of 9%, although six months ago it was as high as 22.6%.

Arkansas’ capital city and the center of its largest metro area, Little Rock has enjoyed steady if gradual improvement in occupancies across its office, retail and industrial markets. Over the past year, office vacancies have dropped 80 bps to 10.8%, with the steepest decline occurring over the most recent quarter.

Here again, industrial vacancy exceeded the national average at 10.8% during Q2, although not by as large a margin as Birmingham’s—and the Little Rock SMSA has three times the inventory of Birmingham at 45 million square feet. The 3.3 million square feet of manufacturing space in Central Arkansas is fully occupied, according to Xceligent.

Across the state in Northwest Arkansas, the Fayetteville-Springdale metro area compares favorably to the national averages for all three property types. Xceligent says retail ended Q2 at 5.5% vacancy, industrial at 5% and office at 9.4%. The latter sector, though, saw a slight uptick.

Industrial landlords in the area, on the other hand, appear to be sitting in the catbird’s seat. “Even with demand relatively high and supply low, developers are having a difficult time making the economics work on new construction, because of the rising costs in materials,” says Xceligent. 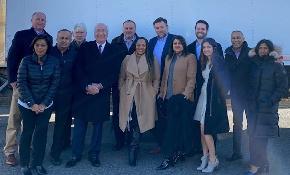 NJEDA managing director of business development Paul Ceppi said at the event staged on Jan. 17 that the transportation-logistics sector accounts for nearly 200,000 private sector jobs and $23 billion into the economy. 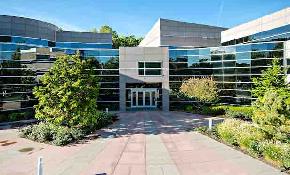