Putting New Hotels in Old Buildings - What Are The Risks?

Chicago is going through a mini-boom of new hotels, many of which are converted old buildings. While these adaptive re-use projects can be very profitable, historic buildings may carry particular risks. Bob Geiger discusses some of the issues you should be on the look-out for.

For the past two years, Chicago has been going through a mini-boom of new hotels. The city’s hotel capacity in 2013 was 34,000 rooms.  Nate Sahn, CBRE’s hotel practice leader, recently said in Urban Land that he expects that to increase by 15-20 percent by 2016.  While some of this inventory will come from mixed-use new construction, many of these new hotel projects are planned for existing downtown landmark buildings, with developers investing in extensive rehabilitations that convert historic buildings to be used as boutique or chain hotels while retaining significant historic and architectural elements.

Some examples of such adaptive reuse projects in downtown Chicago include: the Burnham hotel in the old Reliance Building and the mysterious new Virgin Hotel project to open in the restored Dearborn Bank Building from 1928.  There is also the vintage office building at 100 Monroe Street that will house the Hyatt Hotel, which is currently undergoing a conversion that will “emphasize Chicago’s architectural history and the hotel’s branding and marketing will play up the 22 story Frank D. Chase-designed building’s past”.  In the Fulton Market district, the trendy Ace hotel chain is opening in an old industrial building; while the iconic Hard Rock Hotel Chicago has taken over the 40 story beaux-arts Carbide and Carbon Building at 230 North Michigan Ave a block away from the Chicago River.

Many developers are turning to redevelopment rather than ground-up construction. Like the high tech industry, the hospitality industry is particularly drawn to the charm and history of old buildings, and adaptive reuse projects that preserve iconic historic features are increasingly popular.

Converting older buildings for another use is much more complicated that simply turning a supermarket in a modern building into medical offices, for example.  In particular, urban sites or sites that have sat vacant for a long time have a high risk of environmental issues being present; and older masonry-exterior also buildings carry specific risks. This means that when taking on such an adaptive reuse project, there are a number of potential issues of concern that an investor/developer should be on the look out for:

Federal laws have banned the manufacture and use of hazardous materials over time, but they were widely used in the construction of older buildings.  As such, before embarking on the redevelopment of an of old building, a comprehensive Environmental Site Assessment must be conducted in order to identify and plan to mitigate any hazardous materials.  Specifically, issues that may be present in a historic building that should be investigated include:

Repositioning of an existing property into a hotel can be a profitable and satisfying experience; however it is critical that the potential issues listed above are identified early on in the design stage of the rehabilitation project.  The rehabilitation and conversion of a historic building can easily run over budget if issues are not identified before construction work begins, because rectifying missed conditions can be complicated and expensive. A thorough due diligence assessment and smart building design process will reduce risks to the investor/developer by identifying environmental and engineering risks upfront, expose the viability of the proposed adaptive reuse project and provide effective solutions to any issues presented. 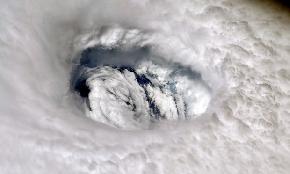