It’s a problematic time where figuring out where markets are going becomes especially difficult. The economic recovery has been relatively weak,…

It’s a problematic time where figuring out where markets are going becomes especially difficult. The economic recovery has been relatively weak, but sustained. The official unemployment rate is about has low as it ever goes, but wage growth has been anemic and many Americans are falling behind as they pay more for healthcare, receive fewer benefits, and face higher taxes, especially at the state and local levels (property and sales taxes as well as various fees for services go up, up, up). The primary election results point to the economic uneasiness lacing the country—Trump and Sanders voters see the deck stacked against them—older white blue collar voters think they are losing ground, while the younger cohort faces obstacles in setting a successful future course—high student debt is just one of them. The world scene looks especially dicey—when economies go south (China, Russia, Saudi Arabia) governments seek conflicts to distract their restive populations. The UK possibly abandoning the EU and the ongoing migrant crisis leave an already weakened Eurozone on edge. The bubble has popped in Brazil, and India is endless hype. Overlay all of this turmoil with the threat of Islamic terror and add in a dash of climate change with a bit of Zika virus, and the recipe looks like a stew for dragging down global growth.

And then note, corporate profits are off especially in tech, banks and the energy industry, big parts of the US economy. The important housing sector has improved, but not enough to lift the confidence of mortgage saddled homeowners to turn back into reckless, credit binging consumers. Notably Macy’s and Nordstrom headline what is becoming the chronic lagging performance of bricks-and mortar department stores. For all the noise about the Fed, interest rates remain very low, because our financial state is more fragile than anyone would like to admit since harpooning confidence is just not good for anyone’s business.

A marketing communication strategist who turned to real estate analysis, Jonathan D. Miller is a foremost interpreter of 21st citistate futures – cities and suburbs alike – seen through the lens of lifestyles and market realities. For more than 20 years (1992-2013), Miller authored Emerging Trends in Real Estate, the leading commercial real estate industry outlook report, published annually by PricewaterhouseCoopers and the Urban Land Institute (ULI). He has lectures frequently on trends in real estate, including the future of America's major 24-hour urban centers and sprawling suburbs. He also has been author of ULI’s annual forecasts on infrastructure and its What’s Next? series of forecasts. On a weekly basis, he writes the Trendczar blog for GlobeStreet.com, the real estate news website. Outside his published forecasting work, Miller is a prominent communications/institutional investor-marketing strategist and partner in Miller Ryan LLC, helping corporate clients develop and execute branding and communications programs. He led the re-branding of GMAC Commercial Mortgage to Capmark Financial Group Inc. and he was part of the management team that helped build Equitable Real Estate Investment Management, Inc. (subsequently Lend Lease Real Estate Investments, Inc.) into the leading real estate advisor to pension funds and other real institutional investors. He joined the Equitable Life Assurance Society of the U.S. in 1981, moving to Equitable Real Estate in 1984 as head of Corporate/Marketing Communications. In the 1980's he managed relations for several of the country's most prominent real estate developments including New York's Trump Tower and the Equitable Center. Earlier in his career, Miller was a reporter for Gannett Newspapers. He is a member of the Citistates Group and a board member of NYC Outward Bound Schools and the Center for Employment Opportunities. 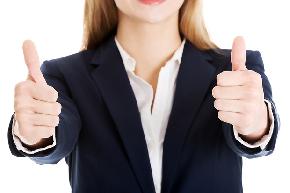 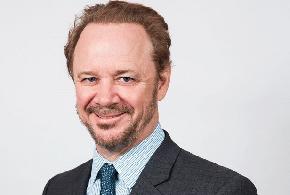