A new report from Commercial Café show that US office rents are significantly cheaper than other global markets.

US office rents are significantly cheaper than other major global office markets, according to a new report from Commercial Café. West Los Angeles is the tenth most expensive city in the US with per square foot rents of $55.2 per square foot, which falls far behind cities like Istanbul, at $56 per square foot, and Milan, at $61.72 per square foot. Hong Kong and Beijing take the top spots on the list, and pricey US markets like New York and San Jose do make their way into the top ten. We sat down with Commercial Café analyst Ionut Ciutac to talk about the report and why the US offices are considered a discount

Ionut Ciutac: It’s important to note the fact that different currencies and their rates have an impact on how expensive office rent rates are in certain cities in relation to U.S. cities. Also, when we talk about superstar cities in the U.S. we think of places that have both a lively startup scene that manages to attract tech talent, as well as an overall stability and diversity of the local economy; the increase in office demand due to new businesses springing up than boosts rents. This pattern is not unique to the U.S., of course, and in some locations it is more pronounced due to population growth, higher percentages of economic growth (especially in up-and-coming office markets), different living costs, and existing office inventory.

Expect Rates to Remain Low Through Next Year

The low interest rate environment and ample availability of capital is creating a perfect storm for investors. 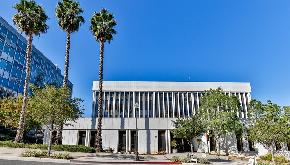