The company will occupy 2555 and 2565 Augustine Dr., and the Analog Devices name will be displayed on the top of both buildings, offering visibility to Highway 101 commuters, according to Irvine Company. Analog Devices, which plans to move into its new facility this fall, will join tech leaders AMD, Ericsson, Cambridge Industries Group and Veritas Technologies, which leased 145,000 square feet in November.

EQ Office says its repositioning of the US Bank Tower will be the largest project of its kind in Downtown Seattle. 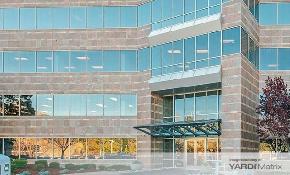 Such is the demand among large tenants for space—especially close to Caltrain or BART—that Bay Meadows developers revised plans for the last two buildings to add 167,000 square feet to the initial 200,000 total.