Here’s a look at the latest news, announcements and deals that you may have missed in Alaska, Washington, Oregon, Idaho, and Northern California.

Below is GlobeSt.com’s bi-weekly update on the middle markets throughout the North West region. Here’s a look at the latest news, announcements and deals that you may have missed from areas including: Alaska, Washington, Oregon, Idaho, and Northern California.

SEATTLE—Holliday Fenoglio Fowler LP recently expanded its Pacific Northwest presence by officially opening an office in Seattle with an immediate focus on debt, equity placement and investment advisory services.  The opening of the Seattle operation represents HFF’s 25th office location. Senior managing director Thomas Wilson, who is a member of HFF’s debt placement group and was formerly in HFF’s Portland office, will handle the day-to-day operations of the Seattle office in conjunction with senior managing director Ira Virden, who is a member of HFF’s investment advisory multi-housing group in its Portland office.  The pair will jointly lead the firm’s Pacific Northwest platform in Portland and Seattle.  Executive managing directors Jody Thornton and Matthew Lawton will help oversee the Pacific Northwest expansion from their respective offices in Dallas and Chicago.

SAN FRANCISCO—JLL recently hired tenant rep broker Lei-Lani Keelan as an EVP.  She will be based in the firm’s San Francisco office and focus on advising growing technology companies. A highly regarded broker who began her career in real estate right out of college, Keelan has spent the last 13 years advising a wide range of tenants in Silicon Valley and throughout the Bay Area regarding real estate decision making.  During her career she has been responsible for transactions totaling more than four million square feet.  Her clientele include venture capital and private equity firms, start-ups, and well-known technology companies.

The developer has secured $42 million to fund the construction of a 141-unit apartment community in Camas, Washington. 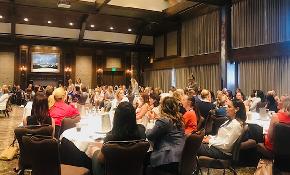 Pay It Forward: 'I Formed A Company That I Am Proud Of'

According to Carolyn Pistone, president and managing director at Clear Blue Commercial, the most valuable tool you have is yourself and you take that with you wherever you go. 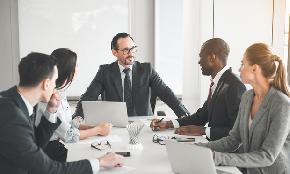 Companies are creating new strategies to attract and retain talent after a year out of the office.