So Far, May Rent Receipts Are Shaping Up to Be as Good as April’s

After some fits and starts, the government assistance is beginning to flow through to renters.

BETHESDA, MD—A month ago the multifamily industry was on tenterhooks waiting to see if tenants would pay their April rent. The first set of numbers, produced by the National Multifamily Housing Council, were somewhat concerning but later in the month new figures from the association showed that paid rents were better than had originally been expected.

But just wait for May, the industry was warned from all quarters. After all, the US economy didn’t start to shut down until the middle of March and tenants were still somewhat solvent by April 1st. May is expected to be different with millions of people thrown out of work for the entire month.

That scenario could well materialize. This Friday the NMHC will be releasing its May rent figures and they will be very telling for the industry where it stands with future cash flows.

Another industry source, however—CEO of Walker & Dunlop Willy Walker—has a different view about what May rent receipts will look like. So, May’s rent collections are looking to be on track as April’s, he tells GlobeSt.com.

Walker is the first to point out that the data he is using are based on the renter base in the properties in which Walker & Dunlop has loans on. These A and B Class properties tend to be owned by major sponsor groups. The tenants “are more likely to be white collar than blue collar tenants” and have additional assets such as savings to fall back on, he says.

But other early-indicators are suggesting a similar track. LeaseLock, for example, has found that first-day rent payments for the month increased slightly compared to first-day payments in April.

Walker also cites other factors that apply not only to his own borrower base but also the broader rental community, such as the government assistance provided under the CARES Act and the enhanced unemployment benefits that are now starting to flow through to the recipients. After some fits and starts, this money is beginning to flow through to renters.

Also, in general people are disinclined to risk their homes with nonpayment, Walker says. “At the end of the day, people have to live somewhere. The last thing they want to do is have any risk around where they live.” He saw a similar dynamic during the financial crisis ten years ago, he says.

What Walker hasn’t seen is concern about the wave of rent strikes that occurred across the US this month. “I have not had a single borrower mention anything about the rent strikes,” he says.

Another positive factor would, presumably, be the plans on Capitol Hill to introduce a $100 billion rent relief act. Walker said he has been involved in some of the discussions, adding that it clearly will be a net beneficiary for the multifamily industry.

But his bigger concern and focus is on making sure that the unemployment insurance boost delivered under the CARES Act stays in place if necessary after it sunsets at the end of July. “As long as tenants know that their unemployment will continue I don’t think they will hoard cash” and not pay their rent, he says. “While I would love to see [the rent relief measure] go forward, the broader CARES Act is more important.”

Another issue he is watching is whether the states will be bailed out as many are running out of money. That will also affect unemployment but Walker notes that it is a political hot potato and hard to determine which path Congress will ultimately take. 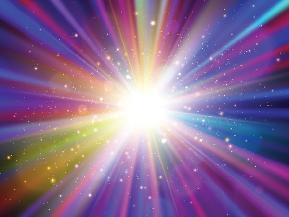 Multifamily Emerges from the Pandemic with a Bang

With rent growth, tight vacancy rates and positive migration patterns, the multifamily market is on fire this year.