Can Urban, Suburban Office Thrive in the Same Market?

SAN DIEGO—Each has a different vibe, but each has a lot to offer tenants from a variety of perspectives, JLL’s Josh Brant tells Globest.com in this EXCLUSIVE look at San Diego’s high percentage of suburban office.

SAN DIEGO—Urban and suburban office have different vibes, but each has a lot to offer tenants from a variety of perspectives, JLL’s senior research analyst Josh Brant tells Globest.com. The firm recently released a report showing that at 85%, San Diego has the fourth-highest percentage of suburban office in the nation—behind Los Angeles, San Jose and Sacramento—among the top 30 metros by total office inventory. In fact, Western metro areas claim five of the top six most-suburban spots. We spoke exclusively with Brant about the findings and how suburban office stacks up to urban office among users.

GlobeSt.com: Why does San Diego have such a high amount of suburban office? 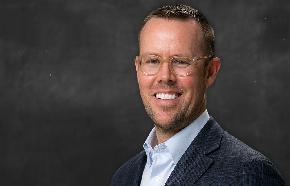