IRVINE, CA—Coordinating as many as 10 bidders for one apartment sale demonstrates the confidence investors have in the multifamily investment market in Orange County as we continuue into a new year, Colliers’ Patrick Swanson tells GlobeSt.com.

IRVINE, CA—Coordinating as many as 10 bidders for one apartment-asset sale demonstrates the confidence investors have in the multifamily investment market in Orange County as we continue into the new year, Colliers International SVP Patrick Swanson tells GlobeSt.com.

Since the recession and the loose homeownership qualifications that helped spawn it, banks and other home-lending institutions have been under the tight-fisted control of government regulators who have demanded that prospective homeowners meet strict and often daunting qualifications to buy a house. While that’s bad news for Millennials who are ready to buy their first home, it’s good news for multifamily investors and for those who build apartments. Demand for apartments has risen to levels eclipsing demand for homeownership, and that’s especially true in Orange County, where home prices have always been among the highest in the nation.

GlobeSt.com: How did your team manage to get so many bidders for each of the properties in this portfolio?

Swanson: Demand in Orange County among multifamily investors is such that in nearly every recent offering for well-located apartment properties—including the one you’re referring to involving the sale of an investment portfolio of the four apartment buildings in Huntington Beach—we knew interest would be high, and we used both traditional and non-traditional marketing techniques to maximize market exposure and get the word out to all investors and brokers that this long-held portfolio would be coming to market. Word-of-mouth helped, too, as potential investors and the brokerage community spread the word. No magic, just putting our heads down and getting the word out, and the bids came flooding in.

GlobeSt.com: Was the asking price on each property met?

Swanson: In each of the four sales, the asking price was not only met, but it was exceeded, and the sellers didn’t have to worry about the deal falling out of escrow since there were so many qualified backup offers. Since it was our team that managed and negotiated the sale from start to finish, the competition among buyers could only be described as frenzied at times, demonstrating the continuing demand for such properties.

GlobeSt.com: How did you manage and coordinate all the bids that were coming in, and how did the seller?

Swanson: Not only were we receiving and managing the bidding process on the four properties right up to the deadline, we put our seller in the absolute best position any seller can be in with multiple backup offers from dozens of prospective investors whom we had pre-qualified. This sale also demonstrates, in tangible terms, the confidence investors have in the multifamily investment market in Orange County as we headed into a new year.

GlobeSt.com: Were these new apartment buildings?

Swanson: Interestingly, these were not new apartments, but apartments that had been well maintained over as long as 30 years and had been renovated, in some cases multiple times. What they did have in common was that they were in neighborhood locations with good schools, low crime rates and all of the qualities homeowners desire. But, of course, these were not houses; they were large family apartments, and that’s what the Millennials seek because they have become resigned to the fact that they may never be able to afford a home in those parts of the country like Orange County, where they work and want to live.

GlobeSt.com: Doesn’t there come a point where the lines on the growth graph cross or meet, lowering growth?

Swanson: Yes. Recent numbers show an Orange County average annual apartment rent growth of 6.3%, but by having about 10,800 new apartments under construction in Orange County now, that type of rise in rental rates will significantly drop in the next few years as supply and demand reach equilibrium. Our research shows that 2015 was the highest year yet for rental rate increases at 7.7%; in 2016, that rate of increase declined to 4.9%, or almost half of what it was a year earlier. Further decreases in annual rental rates are expected in Orange County to 3.5% this year and to 2.6% in 2018, all of which will be good news to renters.

GlobeSt.com: How will investors be affected?

Swanson: Not much, at least from what we see on the ground. Southern California, and Orange County in particular, will continue to be among the strongest rental markets in the country, but there are qualifications to that statement. Well-located and well-maintained properties that can house families will be at the top of investor lists, as long as capitalization rates remain at a level where return on investment is acceptable and stable in relation to increasing interest rates. We see no change in that in Orange County. Our most recent experience proves that when you can inform your selling client that you have multiple offers in hand, it changes the whole dynamic of the sales process. It puts the client in the driver’s seat, and that’s what all brokers are attempting to do, whether it’s multifamily, industrial, office, retail or mixed-use retail/residential. But, it should be emphasized, that we would never have had so many offers if the cap rates didn’t pencil out.

GlobeSt.com: What should investors beware of in the future?

Swanson: There is also a flip side to this entire equation, as well. As Millennials enter middle age, their parents are impacting the multifamily market in a big, or even bigger, way, as well. One look around Orange County shows that while the standard, family-sized apartment market is going strong in terms of development, investor interest, construction and return on investment, there is a growing market for seniors, many of whom are living on fixed incomes. However, while demand for these types of units in growing at a record clip, investor interest in them is not.

Multifamily developers, who are offered tax credits in return for building new over-55 projects, or renovating and converting older multifamily developments into units for seniors, are few and far between, but that will change dramatically as we enter the next decade. Right now, we can count on one hand the number of developers in this sector active in Orange County, or even in the state. While these few developers are profitable and needed, the return on their investments simply cannot equal those of developers of new and renovated apartments, at least for now. But all of that will change when the year 2020 dawns.

Remember, we’re talking about the Baby-Boomer generation here, a segment of the population the likes of which will never be seen again in terms of size. The Baby Boomers have always had an impact that is so huge on everything they touched that now they are transforming the apartment market. Simply put, they are not dying as fast as many social scientists predicted, and that fact alone means their influence and power over everything from e-commerce to multifamily development remains so powerful that many in the commercial real estate market have missed it.

GlobeSt.com: Are these empty nesters, people on fixed incomes or something else?

Swanson: Now that they’ve raised their children and sent them to college or, to a lesser extent, into the military or other government service, their homes, once full of children and all that that brings with it, are now like echo chambers, too large for two or, if widowed, one parent. Downsizing is the byword of the Baby Boomers, and while that in itself may create a bubble for the single-family home market unless barriers to homeownership are lowered, it likely will create a bonanza for smart, forward-looking, multifamily developers who are first to build, fill and sell to investors well-appointed, subsidized, affordable multifamily units. With Orange County’s family-centric milieu, there would be no better place to begin that process.

GlobeSt.com: So, will things change dramatically in 2020?

Swanson: That’s what many of the smarter developers, Baby Boomers themselves, believe. And, while time should have naturally reduced their numbers—and impact—it hasn’t. Some 76 million strong at one point, Boomers haven’t lost ground despite natural attrition as they’ve aged. As an added plus, if developers do choose to go this route, an influx of Boomer immigrants has re-energized this segment of the Boomer population to make it almost as large as it was in its heyday, once again maintaining an impactful demographic. 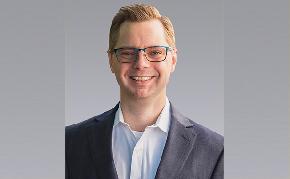 While industrial properties take the lead in the single-tenant net-lease sector, overall investment volume is softening, according to Colliers’ report.