BLOOMINGTON, MN-It’s not just stadiums, arenas and office buildings thatsell naming rights these days. Now you can get cashfor rotundas as well. In two weeks, the Mall of America’s main 5,000-sfrotunda will henceforth be known as Sam GoodyCentral as part of a name rights deal the music retailer has signed with the world’s largest indoor mall. “It’s a first-of-its-kind alliance,” says MaureenCahill, a spokeswoman for the megamall, located here.

Shopping centers have been sprucing up their centercourts for years, some putting in merry-go-rounds orparks, while others fill them up with kiosks duringthe holidays. But this is the first time a mall hassold off naming rights to the common area.Don Stuart, a retail marketing consultant based inWilton, CT thinks it could be the start of atrend. After all, what mall wouldn’t want to turncommon space into cash?

Sid Doolittle, a Chicago-based retail consultant,concedes that “it provides them with anothertenant.” But he wasn’t so sure it would catch on,because most `”shopping centers don’t have that muchpublic space to sell off.”

The rotunda will be filled with references to its newnamesake, with both permanent signs and floatingbanners. Given the estimated 42 million shoppers whotraipse through the megamall each year, not to mentionthe occasional TV show shot in the rotunda, Sam Goodyofficials expect to gain valuable exposure for itsbrand name. The deal also allows Sam Goody to sellmerchandise in the rotunda during events it sponsorsthere.

Aside from whatever Musicland paid for the namingrights, the megamall will benefit since the nation’slargest music retailer will have an additionalincentive to bring celebrities to the mall. Officialsfrom Musicland and the megamall declined to disclosehow much the retailer is paying for what they call a”multi-year” deal.

This is What Hybrid Work Looks Like in Action 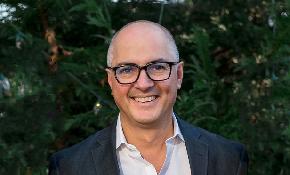 Where Flex Fits in the Return to the Office

With pandemic uncertainty, businesses and property owners plan for flexibility.