CHICAGO-The bank is signing up again, because of lower rates, for 98,105 sf in Buffalo Grove and approximately 67,600 sf in Rolling Meadows.

CHICAGO-Harris, a locally based financial institution, has renewed leases for two operational centers in the Chicago suburbs. Harris renewed a lease for 98,105 sf at 700 Lake Cook Rd. in Buffalo Grove and renewed a lease for approximately 67,600 -sf at 3800 Golf Rd. in Rolling Meadows.

Harris chose to renew in the two locations because of reduced rental rates, says Spillane, who is a senior vice president with Jones Lang LaSalle. Harris renewed its lease until 2010 in Buffalo Grove. The financial institution uses the entire single-story office building. Spillane said he could not disclose the lease rates or aggregate values of either lease. The market rate for the area is between $11 per sf, net and $12 per sf, net and the lease rate for Harris is “$3 or so below market,” Spillane tells GlobeSt.com. 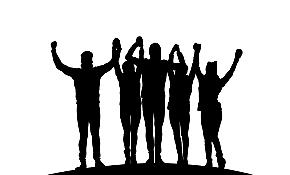 GlobeSt.com and GlobeSt. Real Estate Forum are pleased to reveal the 2021 selection for Influencers in Net Lease.