WASHINGTON, DC—Although 2015 marked “many new records,” the Mortgage Bankers Association’s Jamie Woodwell cautions that “recent market and regulatory changes have the potential to impact the availability of commercial and multifamily mortgage debt” this year.”

WASHINGTON, DC—Commercial and multifamily mortgage debt outstanding at Dec. 31 increased at the fastest year-over-year pace since the peak of the previous cycle, the Mortgage Bankers Association said Monday. At the same time, though, the increase has not been uniform across all lending types.

On average, properties enjoyed a three-basis-points premium to market returns for each point a community improved its Online Reputation Assessment score. 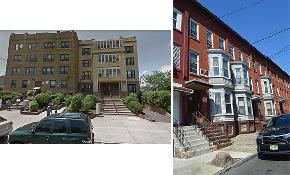 Radiant will spend $15 million to renovate the 209 units of affordable housing in five phases, over eighteen months.