Leveraging the Power of Crowdfunding

ROSELAND, NJ—With the SEC’s final rules implementing the JOBS Act taking effect in May, attorney Brian Peykar examines why this form of investing offers greater transparency along with risks in this EXCLUSIVE commentary.

ROSELAND, NJ—The internet and social media has brought the concept of crowdfunding to the masses. Essentially, crowdfunding enables a collection of individuals to invest small to large amounts of money to fund large scale projects, which can include such projects as the purchase of a multifamily housing project or a film.

For over 80 years, developers and investors alike have been limited by provisions of the Securities Act of 1933; which enforced stringent regulations on the advertisement and sale of securities to the public. Well, not anymore. In 2012, Congress enacted the JOBS Act (Jumpstart Our Business); which is a law intended to encourage funding of United States small businesses by easing various securities regulations. Title III of the JOBS Act created a federal exemption under the securities laws so that this type of funding method can be used to offer and sell securities. 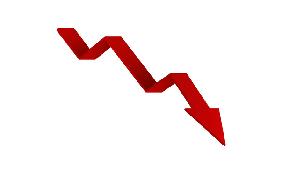