NexPoint CIO: ‘This is Our Moment’

DALLAS—Spun off from a closed-end fund in the spring of 2015, the apartment REIT is winning with its focus on workforce housing.

DALLAS—“Is NexPoint the Next REIT to Return 50%?” asked a Seeking Alpha headline in June 2015, a few weeks after NexPoint Residential Trust began trading on the New York Stock Exchange under the NXRT symbol. In fact, the apartment REIT finished its first full year of trading with a 78.89% return, the best performer in its category for 2016. Last week, NXRT stock posted a 52-week high of $23.84. “This is our moment,” CIO Matt McGraner tells GlobeSt.com. It’s an impressive rise for a company that initially presented the market with a set of facts it wasn’t accustomed to. Spun off from the closed-end NexPoint Credit Strategies Fund, its investor base was upwards of 85% retail. Moreover, it’s externally managed, by NexPoint Real Estate Advisors LP, an affiliate of Highland Capital Management. Then there’s its focus: class B workforce housing mainly in Sunbelt states, in a REIT world that gravitates toward coastal markets and class A luxury properties. NXRT took a number of steps last year to boost its market profile, McGraner says. Among them were a couple of large dispositions in the first quarter which traded at cap rates of 6%, while the REIT’s stock had been trading at an implied cap rate of 8%. “So this was the first thing we did in 2016 that the market saw and realized we were undervalued,” he says. Later, the company did a share repurchase program which drove up their stock prices from about $14 to nearly $18 in a 60-day span. The REIT also put on $400 million of swaps, before the post-election interest rate increases, to fix its largely floating rate debt at a very low cost of capital, 3.25%. “At the same time, our larger REIT peers started reporting softness, decelerating fundamentals and supply issues,” McGraner says. “So you had this herd of investors that saw this largely coastal gateway market softness as a problem. But meanwhile, the class B, workforce housing segment that we operate in was, and still is, experiencing very strong growth in rents.” Couple that, he adds, with the fact that “we’re really the only pure-play workforce housing publicly traded REIT that’s left. The folks that have workforce housing have really been trumpeting it in their earnings reports, but we’re the only pure-play one.” Last month, NXRT closed on a $108-million, two-property Houston portfolio, a deal structured as a reverse 1031 exchange to facilitate the company’s continued plan to recycle capital from dispositions of assets from non-core markets into well-located, “covered-land” assets in longer-term target markets. McGraner says that on the acquisition front, “we’ve done a phenomenal job of proving we’re good buyers. We’re never the highest priced, but we close quickly and we do what we say we’re going to do. So reputationally, we’ve had great success in getting repeat sellers to come to us, even off-market.” Another advantage is utilizing the company’s property management partner’s relationships in the partner’s own pipeline. “Our third-party property management firm is BH Management out of Des Moines, which manages nearly 70,000 units across the country, mostly in the class B segment. So you can imagine their type of deal flow. “We’re buying assets that have going in have unlevered yields of 5.5%, and by investing roughly $4,500 per unit and being able to drive rents an extra $90 per month, getting ROIs of 20%, we’re pushing that yield from a going-in 5.5% to about 7% at the end of our three-year hold,” he continues. “And with a cost of capital in the mid- to high 3% range, that’s really accretive for our investors.” 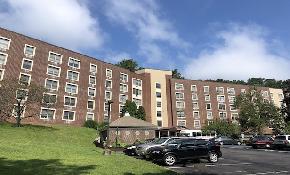