Get alerted any time new stories match your search criteria. Create an alert to follow a developing story, keep current on a competitor, or monitor industry news.

Don’t forget you can visit MyAlerts to manage your alerts at any time. 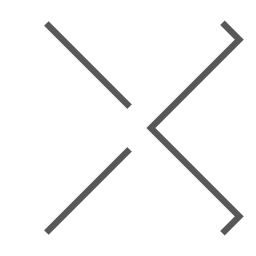 Joel Ross began his career in Wall St as an investment banker in 1965, handling corporate advisory matters for a variety of clients. During the seventies he was CEO of North American operations for a UK based conglomerate, and sat on the parent company board. In 1981, he began his own firm handling leveraged buyouts, investment banking and real estate financing. In 1984 Ross began providing investment banking services and arranging financing for real estate transactions with his own firm, Ross Properties, Inc. In 1993 Ross and a partner, Lexington Mortgage, created the first Wall St hotel CMBS program in conjunction with Nomura. They went on to develop a similar CMBS program for another major Wall St investment bank and for five leading hotel companies. Lexington, in partnership with Mr. Ross established a hotel mortgage bank table funded by an investment bank, and making all CMBS hotel loans on their behalf. In 1999 he formed Citadel Realty Advisors as a successor to Ross Properties Corp., focusing on real estate investment banking in the US, UK and Paris. He has closed over $3.0 billion of financings for office, hotel, retail, land and multifamily projects. Ross is also a founder of Market Street Investors, a brownfield land development company, and has been involved in the acquisition of notes on defaulted loans and various REO assets in conjunction with several major investors. Ross was an adjunct professor in the graduate program at the NYU Hotel School. He is a member of Urban Land Institute and was a member of the leadership of his ULI council. In 1999, he conceived and co-authored with PricewaterhouseCoopers, the Hotel Mortgage Performance Report, a major study of hotel mortgage default rates.

As part of your digital membership, you can sign up for an unlimited number of a wide range of complimentary newsletters. Visit your My Account page to make your selections. Get the timely legal news and critical analysis you cannot afford to miss. Tailored just for you. In your inbox. Every day.