Water Intrusion From a Different Source

Discovering water damage at an asset can be a deal breaker, but the source doesn't always from from above.

Water intrusion is a serious and often costly problem for any structure.  As an architect, I take every precaution to ensure that my designs are detailed to protect the structure from the elements, especially rain.   And as a commercial building inspector, I take care to inspect and address all potential source of water damage to alert clients to potential “deal killers.”  But water intrusion doesn’t always come from above as I found a few years back when I performed a Property Condition Report for the acquisition of a two-story, tilt-up concrete office building on a site surrounded by hills on two sides.

Since I arrived early, I decided to walk the site before meeting with the property manager.  On this day, there were water puddles in the parking lot and along the walkways.  It’s not unusual to see water on the paving or walkways as this often results from the landscaping irrigation system.  However, I noticed that the asphalt paving at the front and sides of the building was recently seal coated, but the rear portion was not.  The majority of the puddles were at the rear of the building where the site is at the lowest grade elevation.  I also noticed white staining on the paving emanating from some minor cracks.  Now this is unusual.

When the property manager arrived, I asked about the seal coating and why it was unfinished.  I was told that the seal coating contractor could not finish the site in one day and decided to return at a later time (this too is unusual).  My inquiry about the puddles of water was attributed to the irrigation system.

I completed my walk through of the building and after the property manager departed, I took another look around.  I went back to the ground floor tenant and asked them if they had any problems with water within their space.  The office manager told me that they had to replace 800 square feet of “damp” carpet right after they moved in.  Is this from the irrigation system?  I went out to look at the surrounding landscaping and found that the irrigation system was shut off.  Furthermore, the puddles in the parking lot and along the walkways were still there two hours later.  It didn’t take long to realize that all of the evidence pointed to one source: groundwater.

The building is at the base of hills on two sides.  Just like surface water flows downhill, so does groundwater.  The white staining around the asphalt paving cracks was the “fines” from the base material that were forced up through the cracks by water from below.  The unfinished seal coating was due to the fact that the rear lot was wet and you can’t seal coat wet paving.  I think the wet carpet speaks for itself.  Although, the source could be from broken water pipes, I investigated the property water bills to see if there was a spike in water usage.  There was none.  I felt confident that I had determined the source of the water intrusion, but now it was time to make a recommendation.

In such a situation, it is necessary to gather as much information as possible.  I recommended that a geologist be retained to study the site and determine the direction of groundwater flow and the depth.  The most likely solution (albeit expensive) would be to install a dewatering system at the source to remove groundwater allowing the surface of the site to remain dry.  The system basically consists of water wells and pumps that remove the groundwater and dump it into the site drainage system. Over time, this will lower the groundwater elevation.

Since my client did not purchase the building, I don’t know the outcome of any further investigation.  But, the point of the story is that potential water intrusion doesn’t always come from the sky.  Groundwater intrusion can be detrimental to your asset as well. 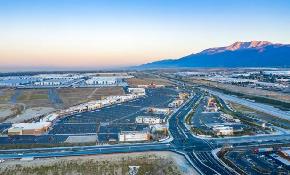 Nadel Architecture + Planning says community-focused retail has been important during the entitlement process. 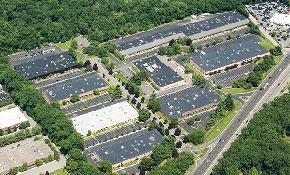 Alexander Cocoziello of Advance Realty says his firm and partner Camber plan to hold the properties as a long-term investment.